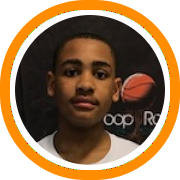 Our latest recap takes a look at the 8th grade guards who stood out.    Jeremiah Jenkins: One of the best prospects from Friday night. Lighting quick and has a smooth handle. Can get to the rim or create a fast break whenever he wants to. Also showed an ability to hit the 3 and make plays for his teammates. Handles well with good court vision and can shoot it off the dribble. Jarel Delgado: Skilled scorer who uses his stocky… READ MORE > 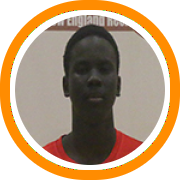 It may not have been a very deep group, but all 4 of the 2023 Frontcourt players from Connecticut were fantastic. Maine native and Rectory 6'5 combo forward William Lobor is the most physical of the bunch, as he dominates the paint and has a variety of finishes around the rim. Lobor runs the floor well and can score in transition and rebounds the ball well, especially offensively, drives the ball well to the basket to score in the paint. Bridgeport's… READ MORE > 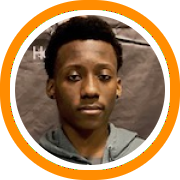 In the deepest group, we now take a look at the 8th grade guards who caught our eye.   Best of the Bunch: William Watson: Skilled guard with good handle and playmaking ability. Showed off a nice pull up jump shot. Abdur-Rahman De Leon: At 6'3, De Leon is a big guard who handles the ball with ease and controls the tempo of the game. Uses his size and strength to get to the rim and score over smaller defenders. High… READ MORE > 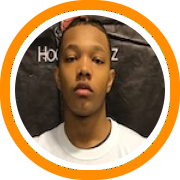 In by far the deepest state, Mass 2023 wings did not dissapoint either.  The standouts: David Ayles 6'3 Nobles: A terrific rebounder who scores efficiently around the rim. He has good touch with both his right and left hands and a  high motor to go with a good iq, good handles, good pull up jumper and can attack the rim well. Ayles finishes inside with both hands, uses his feet on D, is unselfish offensively, and a good passer.  Kendric Davila-Diaz 6'4… READ MORE > 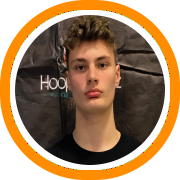 We start our recaps with the big fella's from the home state.There was no shortage in size at last Friday's Junior Elite 75, Max Lockett of Fay School might be the most high school ready of the bunch. A legit 6'7, Lockett spent the middle school season playing point forward for his Fay team. He is also physically imposing amongst his peers with his long an athletic frame. He got the gym rocking with a couple highlight dunks and blocks… READ MORE > 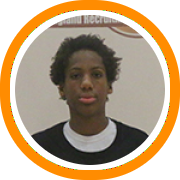 NERR & Hooprootz contributor Mike DiMartino was on hand Friday night for the annual Junior Elite 75. This year's event did not disappoint as there were many high level players . We will start our recaps with our first thoughts which include our first impressions of most of the players in the field. Make sure to follow along over the next week as we release the recaps on this site! Last Friday night, New England’s top young prospects filed into… READ MORE > 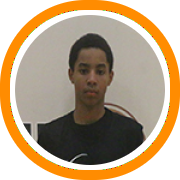 Our latest edition of the Spotlight Series looks at Connecticut native Jeremiah "JJ" Jenkins. Jeremiah is a smooth point guard who burst onto the scene last year at the Junior Elite 75 and we look forward to having him back this year! Registration can be found here.   Player Profile: Name: Jeremiah Jenkins Hometown: New Britain, Connecticut Height: 5'8 Position: Point Guard AAU: Expressions   Player Interview: Hooprootz: Where do you go to school? Jeremiah Jenkins: I currently attend Slade middle… READ MORE >

Expressions was the only New England based team in the field at the Hoop Group Presidents Day Showdown, and ultimately took down a New Heights team which won the Basketbull Junior Hoop Hall. Expressions ultimately won 5 games in a day and a half. 6'7 manchild Toriyan Johnson averaged a double double, while CT natives Troy McCoy and Jeremiah Jenkins as well as Boston's Jordan McClain all averaged dobule figures on the weekend.  We look forward to having members of… READ MORE > 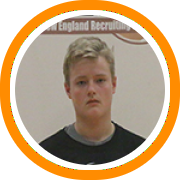 New Jersey native Isaac "Nana" Hester made his most recent appearence in New England this past weekend, as he led his New Heights 14u squad to a BasketBull Junior Hoophall championship. While spending the winter playing for 14u as well as his middle school team, Hester will spend the spring and summer playing up at the 15u level. A prolific shotmaker, Nana has the ability to stretch the defense as well as put the ball on the deck and take it… READ MORE >